WASHINGTON-Trudeau met with Obama in what was the first dinner at the White House by a Canadian PM in 20 years. The event highlighted the special Canada-US relationship, but humour from both leaders hinted at some discomfort progressives in the US might experience if Trump were to be elected. 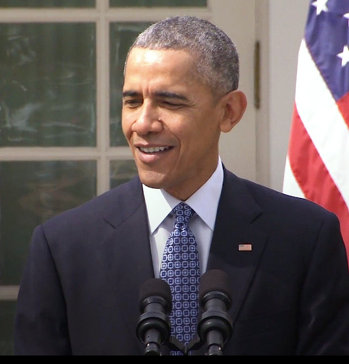 Obama jokes to crowd at the White House
"Every time we have a presidential election, our friends to the north have to brace for an exodus of Americans who swear they will move to Canada if the guy from the other party wins" Obama joked. Obama assured Trudeau that it "typically turns out fine," as the audience laughed. When Trudeau was pressed for his opinion on the Trump phenomenon, he assured that he has confidence in US voters. “I have tremendous confidence in Americans’ capacity to get the right result through their electoral system,” Trudeau remarked on Thursday. Canada's economy, both government and business, is a relatively open market for American companies. Bilateral trade exceeds $2.4 billion per day. Canada imports more U.S.-made goods than any other country.

81% of Canadians believe Obama will make the right decisions on international affairs.

The Office of the United States Trade Representative reported trade with Canada totalled more than $707 billion in 2012. Exports and imports were coincidentally equal at $354 billion, showing off the success of NAFTA free trade.

In just the month of January of 2016, Canadians imported over $31 billion of U.S.-made goods providing 1.7 million high-paying U.S. jobs.

Ontario with a population of 13.5 million imports about $15 billion of U.S.-made products and services every month, almost twice as much as China who has 1.35 billion people. Each Ontarian purchases an average of $1,111 on U.S.-made goods per month, whereas for someone in China it averages about 185 times less, just $6.

Canada is the U.S.'s largest customer
But the concern many Canadians have is whether that relationship, seen glowing red hot this past week, will cool if Trudeau and Trump are to work together. Trudeau pivoted carefully around questions clearly preferring, perhaps smartly, not to mention Trump by name.

Trump Wall will be built with Mexico footing the bill, says Trump
In September Trump said that "he loves Canada" and "no walls" between Canada and USA which he has proposed for just the U.S.-Mexican border. The environmental impact of such a physical barrier is yet to be seen, but Trump pegged the costs at $8 billion which he expects Mexico to pay for, or else.

According to a 2010 Gallup poll, Canada is America's favourite nation with 90% of Americans viewing it favourably and its influence as positive. Less than half of Americans view Mexico positively, and just 10% of Mexicans view the United States as a positive influence. 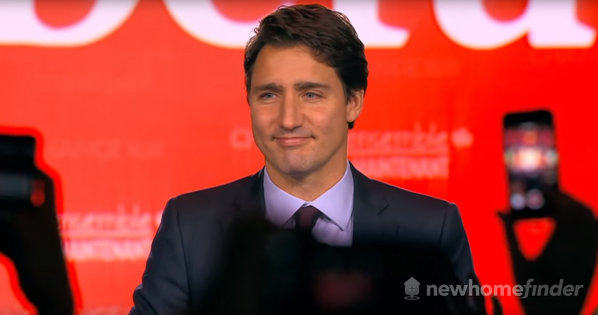 Trudeau on election
Trudeau said that he'd work with any President on areas where they shared similar interests. The interviewer questioned him on what possible ground could the Canadian progressive share with an American Republican talking about walls and ripping up trade deals and banning Muslim visitors to the U.S.? Trudeau replied: “A desire to see Americans do well. A desire to see citizens in our countries to have better jobs and greater opportunities.”